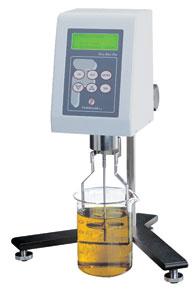 A viscometer (also called a viscometer) is an instrument used to measure the viscosity and some other flow parameters of a fluid. Isaac Newton was the first to suggest a formula to measure the viscosity of fluids, he postulated that said force corresponded to the product of the surface area of ​​the liquid by the velocity gradient, as well as the product of a coefficient of viscosity. In 1884 Poiseuille improved the technique by studying the movement of liquids in pipes. 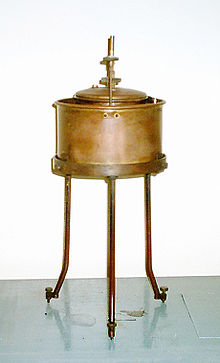 Glass pipettes can have a reproducibility of 0.1% under ideal conditions, which means that they can be immersed in a bath not initially designed for viscosity measurement, with high solids content, or very viscous. However, it is impossible to use them accurately in determining the viscosity of non-Newtonian fluids, which is a problem since most interesting liquids tend to behave like non-Newtonian fluids. There are international standard methods for making measurements with a capillary instrument, such as ASTM D445.

Rotational viscometers employ the idea that the force required to rotate an object immersed in a fluid can indicate the viscosity of the fluid. Some of them are:

• The most common of the rotational viscometers are the Brookfield type that determine the force required to rotate a disc or spangle in a fluid at a known speed.

• The 'Cup and bob' viscometer that works by determining the torque required to achieve a certain rotation. There are two classical geometries in this type of rotational viscometer, known as systems: "Couette" or "Searle".

• 'Cone and plate' viscometers employ a cone that is inserted into the fluid at a very shallow depth in contact with the plate.

• The Stormer viscometer. It is a rotary device used to determine the viscosity of paints, it is widely used in the paint manufacturing industries. It consists of a kind of rotor with paddle-type blades that is immersed in a liquid and rotated at 200 revolutions per minute. The load of the motor is measured to carry out this operation. The viscosity is found in tables ASTM D 562, which determine the viscosity in Krebs units. The method applies to both brush and roll paints.

Vibrating Viscometers are rugged systems used to measure viscosity at process conditions. The active part of the sensor is a vibrating bar. The amplitude of the vibration varies according to the viscosity of the liquid in which the bar is immersed. These viscosity centimeters are suitable for measuring clogging fluids and high viscosity liquids (up to 1,000,000 cP). Currently, many industries around the world consider these viscometers to be the most efficient system for measuring viscosity, contrasted with rotary viscometers, which require more maintenance, inability to measure liquid clogging, and frequent calibration after intensive use. Vibrating viscometers have no moving parts, no weak parts and the sensitive parts are very small.