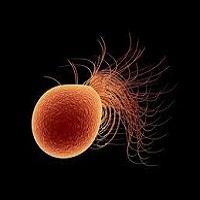 "BASIC TECHNIQUES FOR THE CULTURE OF MICROORGANISMS: SOWING AND STUDY OF BACTERIA?

To carry out the study of microorganisms, various methods have been designed that allow them to be cultivated under artificial conditions, in which it is possible to cultivate them under experimental conditions and handle a single type of microorganism. One of the most used techniques in the microbiology laboratory consists of transferring a microbiological sample from a certain environment to a culture medium, which allows microbial cultures to be obtained. When carrying out this procedure, it is necessary to consider that there are many other microorganisms in the work area; Due to this, it is necessary to take precautions to prevent them from penetrating and contaminating the cultures under study. On the other hand, to consider not only the nutritional aspect, but also the environmental conditions of its natural habitat, therefore, the pH and salt concentration must be adjusted in the culture medium, and during incubation conditions such as temperature, aeration the luminosity
The application of these procedures has allowed the propagation of microorganisms in mixed cultures, as well as their isolation and the obtaining of pure cultures, thus facilitating their study, characterization, application and control. The way to plant and cultivate them depends on the type of microorganism and the specific purpose of the study.

An axenic culture consists of a single microbial species, originating from a single cell. Axenic cultures are very rare in nature. In natural environments - for example, in the soil, water, or in the human body - there are mixed crops. In a mixed culture, many different species live together. An axenic culture is obtained artificially in the laboratory. When obtaining an axenic culture, special precautions must be taken, since microorganisms are everywhere, in nature, in the laboratory and on the instruments and containers used in experiments. These unwanted or contaminating microorganisms must be eliminated from a culture so that it can be axenic. The second step to obtain an axenic culture is to inoculate or introduce a single cell of a microorganism in a solid or liquid medium, previously sterilized. In this way, we isolate a single microorganism from the rest and it can multiply under favorable conditions. A clone is made up of a population of cells descended from a single microorganism. A colony is a clone large enough to be visible on the surface of a solid medium.

A microbial culture that has been growing for some time in the same tube or flask must be transferred to fresh culture medium, otherwise growth and survival cannot continue. In this transfer, two basic aspects must be considered: not to introduce undesirable microorganisms (contaminants) and the concentration or microbial load of the sample (inoculum) to be sown.

To prevent contamination of cultures, it is necessary to be fully aware of the ubiquity of microorganisms, which determines that the air and all surfaces are densely populated by microorganisms, thus in the transfer of a microbiological sample to another container, a series of precautions must be taken to eliminate the risk of contamination. These include the work area, hand washing, sterilization of all utensils and culture media to be used, and carrying out the transfer of the microorganism in a sterile area, which is obtained by working near the flame of the burner. The set of procedures performed to prevent or avoid contamination is called aseptic technique; careful and detailed monitoring of it prevents accidents such as:
o The contamination and loss of the culture under study o The exit and dispersion of microorganisms from the culture, which would cause the contamination of utensils, products and personnel. This last aspect is particularly important when working with cultures of pathogenic microorganisms.

In relation to the concentration of the inoculum, a frequent error of the beginner is to take large samples, which is unnecessary. A colony of bacteria the size of the head of a pin contains several million microorganisms, it is obvious that with a very small (almost invisible) amount that adheres to the loop, it will be more than enough to effect a successful transfer.
Devices used in the transfer of microbial samples: swab, pipette (for microbiological use they are terminals and the upper part or nozzle must be protected with a cotton filter), pasteur pipette, Kolle cable or portasa with platinum wire arranged in the form of: needle, loop, spatula and/or hook.

In the transfer of microorganisms, needles, inoculation loops, swabs, pipettes or pasteur pipettes are used, which must be sterilized beforehand. The use of these devices, as well as the different culture media, have specific applications. For example: liquid media are prepared in tubes or flasks that are covered with cotton plugs or special stoppers. A liquid culture can be transferred using a microbiological loop, swab, pipet, or pasteur pipet; the inoculum is deposited within the broth or liquid medium. In this type of culture, the microorganisms present a particular development that manifests itself on the surface or throughout the liquid. One of the advantages that this type of culture presents refers to the possibility of shaking them, accelerating the speed of anaerobic microorganisms, on the other hand, in this type of culture, the populations are suspended and it is easy to homogenize them, which allows standardizing the concentration of the inoculum The disadvantage they present is that they are difficult to detect contamination with the naked eye.

Semi-solid media are prepared in tubes, inoculated with a seed needle (straight loop) or pasteur pipette; in the latter case it is necessary to heat the medium and when it is in a liquid state and at a temperature of approximately 42ºC, the inoculum is added, homogenized and allowed to solidify. These media are used to study the mobility of microorganisms and to favor the separation of microorganisms with different oxygen requirements.
Solid media are prepared in tubes or flasks depending on the quantity or needs, after sterilization, they are tilted or poured into petri dishes. Seeding is done with the loop, inoculating the surface of the agar very gently; In these media, when the microorganisms multiply, they form aggregates that become visible to the naked eye; These aggregates are called colonies, which have characteristics that vary with the type of microorganism cultivated and the culture medium used.

In any culture medium it is of primary importance to adjust the pH, since even though most microorganisms grow better at neutral pH, some require alkaline or acid pH, so providing an adequate pH will favor the growth of the microorganism of interest and obtaining the crop. For this same purpose, during incubation, adequate conditions must be provided for the microorganism under study. Optimum growth of microorganisms occurs at temperatures that are most often related to their natural habitat.

Some microorganisms grow below 15ºC, others require higher temperatures (30 to 45ºC) and some up to 80ºC. To reach and maintain these temperatures, a microbiological incubator or a constant-temperature water bath can be used, while for microorganisms that present their optimal growth at temperatures between 20 and 25ºC, they can be incubated in the laboratory drawer or drawer, at room temperature.

In general, microbiological incubators meet the needs in terms of the temperature ranges required by microorganisms. Their disadvantage is that these devices work with dry air, which determines the dehydration of the culture media. Therefore, the growth of any experimental culture that is carried out in an incubator should not be prolonged for more than nine days. Regarding gas needs, not all microorganisms grow in the presence of atmospheric oxygen; those that only grow in the presence of air are called obligate aerobes; those that only grow in the absence of oxygen are called obligate or strict anaerobes, a third group adapts to both conditions and is known as facultative. There is a fourth category that includes bacteria that require oxygen, but only use it when it exists in low concentrations; these are called microaerophilic. The development of these different groups is favored by shaking the cultures or by excluding oxygen, for which reducing substances or special equipment are used.

Bacteria are prokaryotic organisms, they are widely distributed in nature, they live in water, soil, on the surface or inside plants and animals including man. They can live freely or in symbiosis with other organisms, either as parasites, commensals or mutualists. Physiologically this group presents very variable characteristics, there are mobile and immobile photosynthetic and chemotrophic, autotrophic and heterotrophic bacteria; they grow over a very wide range of temperature, pH, and gaseous conditions.

In the study of bacterial cultures, some of the criteria used to characterize them include: size, cell morphology, grouping form, Gram stain reaction, spore formation, mobility, presence of reserve inclusions and cultural characteristics in liquid media. and solids in which they present development patterns in terms of the shape, size, elevation and color of the colonies.