ALL ABOUT THE SOIL 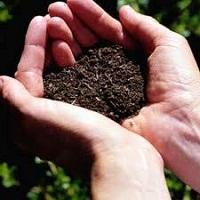 ALL ABOUT THE SOIL

Soil is called the superficial part of the earth's crust, biologically active, which tends to develop on the surface of the rocks emerged by the influence of weather and living beings (weathering).

Soils are complex systems where a vast range of chemical, physical and biological processes occur that are reflected in the great variety of soils existing on earth.

Many processes can contribute to creating a particular soil, some of these are wind deposition, sedimentation in watercourses, weathering, and deposition of organic material.

In a simplified way, it can be said that the stages involved in soil formation are the following:

Mechanical breakdown of rocks.
Chemical weathering of regolithic materials, released.
Installation of living beings (microorganisms, lichens, mosses, etc.) on that inorganic substrate. This is the most significant phase, since with its vital and metabolic processes, the weathering of minerals continues, initiated by inorganic mechanisms. In addition, plant and animal remains through fermentation and putrefaction enrich that substrate.
Mixture of all these elements with each other, and with interstitial water and air.

The soil is the complex system that forms in the most superficial layer of the Earth, on the border between various systems that meet on the earth's surface: the lithosphere, which provides the mineral matrix of the soil, the atmosphere, the hydrosphere and the biosphere that alter this matrix, to give rise to the soil itself.

Initially, there is the physical and chemical alteration of the rocks, carried out, fundamentally, by the geological action of water and other external geological agents, and later by the influence of living beings, which is fundamental in this formation process. This develops a structure in superimposed levels, known as the profile of a soil, and a defined chemical and biological composition. The local characteristics of the systems involved —lithology and relief, climate and biota— and their interactions give rise to the different types of soil.

The processes of mechanical alteration and chemical weathering of rocks determine the formation of an alteration or eluvium mantle which, when displaced from its original position by the action of slope transport mechanisms, is called colluvium.

On top of the colluvium materials, what is commonly known as soil can develop; the soil is the result of the physical, chemical and biological dynamics of the altered materials of the colluvium, originating within it a vertical differentiation into horizontal levels or horizons. In these processes, those of a biological and biochemical nature acquire great importance, either by the decomposition of plant products and their metabolism, by microorganisms and sapper animals.

The set of disciplines that focus on the study of the soil are included in the group called Soil Sciences, although soil science predominates among them and the adjective edaphic is even used for everything related to the soil. The study of the soil implies the analysis of its mineralogy, its physics, its chemistry and its biology.

Sandy soils: They do not retain water, they have very little organic matter and they are not suitable for agriculture, since that is why they are so coherent.
Limestone soils: They have an abundance of calcareous salts, they are white, dry and arid, and they are not good for agriculture.
Humid soils (black earth): They have abundant organic matter in decomposition, dark in color, retain water well and are excellent for cultivation.
Clay soils: They are made up of fine yellowish grains and retain water by forming puddles. If they are mixed with humus they can be good for cultivation.
Stony soils: Formed by rocks of all sizes, they do not retain water and are not good for cultivation.
Mixed soils: It has intermediate characteristics between sandy soils and clay soils.

Lithosols: It is considered a type of soil that appears on escarpments and rocky outcrops, its thickness is less than 10 cm and it supports low vegetation, it is also known as leptosales, which comes from the Greek leptos, which means thin.
Cambisols: These are young soils with an initial process of clay accumulation. It is divided into vertigo, gleycos, eutricos and chromicos.
Luvisols: They present a horizon of clay accumulation with saturation greater than 50%.
Acrisols: They present a marked horizon of clay accumulation and low base saturation at 50%.
Gleysols: They present permanent or semi-permanent water with fluctuations in the water table in the first 50 cm.
Fluvisols: They are young soils formed by fluvial deposits, most are rich in calcium.
Rendzina: Presents a horizon approximately 50 cm deep. It is a soil rich in organic matter on limestone rock.
Vertisols: They are black clayey soils, they present processes of contraction and expansion, they are located on surfaces with little slope and nearby surface runoff.

The soil as an ecological system

It constitutes a complex set of physical, chemical and biological elements that make up the natural substrate in which life develops on the surface of the continents. The soil is the habitat of a specific biota of microorganisms and small animals that constitute the soil. The soil is typical of emerged lands, with hardly any equivalent counterpart in aquatic ecosystems. It is important to underline that the soil understood in this way does not extend over all terrains, but in many places what is stepped on is fresh rock, or a rock altered only by weathering, a regolith, which does not deserve the name of soil.

From the biological point of view, the most important soil characteristics are its permeability, related to porosity, its structure and its chemical composition. Soils retain the mineral substances that plants need for their nutrition and that are released by the degradation of organic remains. Good soil is a condition for agricultural productivity.

In the natural environment, the most complex and powerful (thick) soils accompany the ecosystems with the greatest biomass and diversity, of which they are both a product and a condition. In this sense, from the point of view of the hierarchical organization of ecosystems, the soil is an ecosystem in itself and a subsystem of the ecological system of which it is a part.

The study of soil dynamics shows that it follows an evolutionary process to which the concepts of ecological succession are fully applicable. The formation of a deep and complex soil requires, under natural conditions, long periods of time and the minimum of disturbances. Where environmental circumstances are more favourable, the development of a soil from a crude geological substrate requires hundreds of years, which can be thousands in less favorable climates, topographies and lithologies.

The processes that form the soil start with the physical and chemical weathering of the raw rock. It continues with the first establishment of a biota, in which lichens frequently occupy a prominent place, and the development of a first vegetation. The contribution of organic matter sets in motion the constitution of the edafon. This is formed by a community of decomposers, bacteria and fungi, especially detritivores, such as springtails or diplopods, and also includes the roots of plants, with their mycorrhizae. The system thus formed recycles the nutrients that circulate through the food chain. Evolved, deep, humid and permeable soils usually have earthworms, oligoghetto annelids that eat the soil, in their soil, which in turn favors a better mixture of organic and mineral fractions and soil fertility.

Causes of soil degradation or destruction

Weathering: consists of the alteration experienced by rocks in contact with water, air and living beings
Physical or mechanical weathering: it is the one that occurs when, by lowering the temperatures found in the cracks of the rocks, they freeze with it, increasing its volume and causing the rocks to fracture.
Chemical weathering: is one that occurs when rocky materials react with water or with substances dissolved in it.
Erosion: consists of the wear and fragmentation of the materials of the earth's surface by the action of water, wind, etc. The fragments that break off are called debris.
Transportation: consists of the transfer of debris from one place to another.
Sedimentation: it consists of the deposit of the transported materials, they are called sediments, and when these sediments are cemented, they originate sedimentary rocks.
Soils can be destroyed by rains. These are washing the soil, removing all the nutrients it needs to be fertile, trees cannot grow there and deforestation occurs that leads to desertification.

Soil can form and evolve from most rock materials, as long as they remain in a given position long enough to allow for the previous stages.

They can be differentiated:

Autochthonous soils, formed from the in situ alteration of the rock below.
Allochthonous soils, formed with materials from separate places. They are mainly valley bottom soils whose mineral matrix comes from the erosion of the slopes.
Soil formation is a process in which rocks are broken down into smaller particles by mixing with decomposing organic matter. Bedrock begins to break down due to freeze-thaw cycles, rain, and other environmental forces:

1. Bedrock breaks down into increasingly smaller particles.
2.The organisms in the area contribute to the formation of the soil by disintegrating it when they live in it and adding organic matter after their death. As soil develops, layers called horizons are formed.
3.The A horizon, closer to the surface, is usually richer in organic matter, while the C horizon contains more minerals and still resembles the parent rock. Over time, the soil can come to support a thick cover of vegetation, effectively recycling its resources.
4.When the soil is mature it usually contains a B horizon, where the leached minerals are stored.