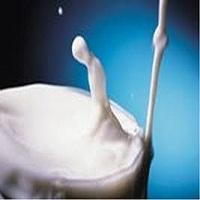 Rheology, a word introduced by Eugene Bingham in 1929, is called the study of the deformation and flow of matter.

A more modern definition expresses that rheology is the part of physics that studies the relationship between stress and strain in materials that are capable of flowing. Rheology is a part of continuum mechanics. One of the most important goals in rheology is to find constitutive equations to model the behavior of materials. These equations are generally tensorial in nature.

The mechanical properties studied by rheology can be measured by rheometers, devices that allow the material to be subjected to different types of controlled deformations and measure the stresses or vice versa. Some of the most important rheological properties are:

Relationship between stress and strain in a solid. For given conditions of pressure and temperature, the material responds to the application of a stress first with an elastic deformation (reversible, whose work is accumulated in the form of potential energy) that is directly proportional to the stress; then with a plastic deformation (irreversible, that is dissipated in the form of heat), which grows faster than the effort; and lastly, with a rigid deformation (breakage), which, unlike the previous ones, breaks the original continuity of the material