WHAT DOES PROTEOMICS STUDY? 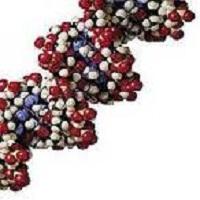 Proteomics is the large-scale study of proteins, in particular their structure and function. Proteins are vital parts of living organisms, since they are the main components of the metabolic pathways of cells. The term proteomics was coined in 1997 as an analogy to genomics, the study of genes.

The word "proteome" is the conflation of "protein" and "genome," and was coined by Marc Wilkins in 1994, while he was working on the concept as a Ph.D. student. The proteome is the complete complement of proteins, including the modifications made to a particular set of proteins, produced by an organism or system. This varies over time and with different requirements, or due to stress, that a cell or organism undergoes.

The description of the proteome allows to have a dynamic image of all the proteins expressed, at a given moment and under certain specific conditions of time and environment. The systematic study and comparison of the proteome in different metabolic and/or pathological situations makes it possible to identify those proteins whose presence, absence or alteration correlates with certain physiological stages. In the specific case of proteomic analysis associated with specific pathologies, it is possible to identify proteins that would make it possible to diagnose the disease or predict its evolution. These proteins are known by the generic name of biomarkers.

Proteomics is a relatively recent science. For its definitive takeoff, the definitive consolidation of mass spectrometry as a technique applied to the analysis of biological molecules and the exponential growth in the number of entries corresponding to genes and/or proteins in the databases have been necessary. This, combined with the use of powerful methods of fractionation and separation of peptides and proteins such as 2D-PAGE[7] (two-dimensional polyacrylamide electrophoresis) and high-performance liquid chromatography (HPLC), has made it possible to consolidate proteomics, since the mid-1990s, as a science for massive protein analysis.

Complexity of the problem

Proteomics is considered the next step in the study of a biological system, after genomics. It is more complicated than genomics because while the genome of an organism is more or less constant, the proteome differs from cell to cell and from time to time. This is due to the fact that different types of cells express different genes, which implies that even the basic set of proteins produced in a cell must be determined. An additional factor of complexity is the modifications that the basic structure or sequence can undergo. of the protein, that is, the one that appears encoded in the genome. These modifications basically come from two sources: clipping or alternative splicing[8] of the mRNAs that code for the protein and the post-translational modifications (phosphorylation, methylation, acetylation, etc.) that normally serve to modify or modulate the activity, function or location of a protein in different physiological or metabolic contexts. Both sources of complexity substantially increase the number of different proteins that can exist: it is estimated that from the 25,000-30,000 genes that code for proteins in the human genome, a number of different proteins could be generated ranging between 500,000- 1,000,000.

In the past, analysis of genes that were expressed in different cell types and tissues and in different physiological contexts was done mainly by mRNA analysis, but it was found that there is often no direct correlation between mRNA content and RNA content. the protein content. It is known that mRNA is not always translated into protein,[11] and that the amount of protein produced by a given amount of mRNA depends on the physiological state of the cell. However, recent studies have confirmed that, at least in yeast, there is a high correlation between the number of copies of mRNA and the number of protein molecules translated from it. Current proteomic techniques make it possible to confirm the presence or absence of one or more specific proteins and to determine their quantity, either in absolute or relative values.

The main areas of study of proteomics are:

1. Identification of proteins and characterization of their post-translational modifications
2. "Differential expression" proteomics
3.Study of protein-protein interactions

The enormous complexity (several thousand different proteins) of the proteome of most living organisms requires the use of various techniques to separate proteins. Among the most common techniques are mono and two-dimensional electrophoresis as well as liquid chromatography in its different variants.

The most widespread technique is polyacrylamide gel electrophoresis (called SDS-PAGE for its acronym in English "Sodium Dodecyl Sulfate PolyAcrylamide Gel Electrophoresis"). It is a polyacrylamide gel electrophoresis to which the sodium dodecyl sulfate detergent is added in order to denature the proteins, ensure that they are all charged and therefore can migrate in an electric field depending on their relative molecular mass (Mr ). A variant of this type of electrophoresis is two-dimensional electrophoresis or 2D-PAGE, in which fractionation on SDS-PAGE gels is preceded by a separation based on the isoelectric point of the proteins. 2D-PAGE electrophoresis allows a higher resolution to be achieved and is therefore used in the analysis of very complex proteomes. Once the fractionation has been carried out, different staining methods (Coomassie Blue, silver stain, Sypro Rubi stain, etc.) allow visualization of the separated proteins. Liquid chromatography is also used in the fractionation and separation of complex proteomes. The different existing variants allow proteins to be separated based on their hydrophobicity (reverse phase chromatography), electrical charge (cation/anion exchange chromatography) and size (molecular exclusion chromatography).

Most protein works in collaboration with other proteins, and one goal of proteomics is to identify which proteins interact. This is especially useful for determining potential partners in cell signaling cascades.

👩‍🔬 If you want to know other articles similar to WHAT DOES PROTEOMICS STUDY? you can visit the Science