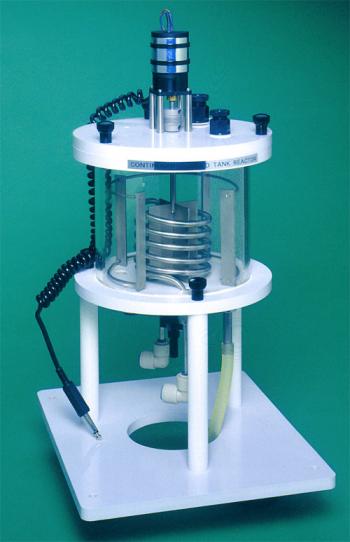 A chemical reaction is known as that unitary operation whose purpose is to distribute the atoms of certain molecules in a different way (reactive compounds or reactants) to form new ones (products). The physical place where chemical reactions take place is called a CHEMICAL REACTOR.

The factors that must be taken into account when carrying out or developing a chemical reaction are:

When only one phase is affected, be it gaseous, solid, or liquid.

When the presence of at least two phases is required for the reaction to take place at a desired rate.

They use biological catalysts (proteins with high molecular weight, with active centers, and that work at low temperatures).

They are those reactions that require an additional substance (that does not appear in the global balance) to modify the reaction rate; this substance by its mere presence causes the chemical reaction, a reaction that otherwise would not occur.

The reactant materials do not need any additional substance to bring about the chemical reaction.

In this reaction, one of the products formed acts as a catalyst, participating in another stage of the process where the reaction rate is faster than in the first.

They are those that absorb heat from the outside.

They are those that release heat to the outside.

Chemical reactors have as main functions:

There are countless types of chemical reactors, and each one responds to the needs of a particular situation, among the most important types, best known, and mostly used in the industry, the following can be mentioned:

It is the one where no material enters or leaves during the reaction, but rather, at the beginning of the process the materials are introduced, it is brought to the required pressure and temperature conditions, and it is left to react for a pre-established time, then the materials are discharged. reaction products and unconverted reactants. It is also known as batch type reactor.

While the chemical reaction takes place inside the reactor, it is constantly fed with reactant material, and the reaction products are also continuously removed.

It is the one in which the entire reactor is initially loaded with material, and as the reaction takes place, products are withdrawn and more material is also incorporated almost continuously.

In general, it is any continuously operating reactor, with constant movement of one or all of the reactants in a selected spatial direction, and in which no attempt is made to induce mixing. They are shaped like tubes, with reagents entering at one end and exiting at the other.

This reactor consists of a tank where there is a continuous flow of reacting material and from which the material that has reacted continuously comes out. The agitation of the content is essential, because the internal flow must be in constant circulation and thus produce a uniform mixture.

It is used for reactions involving a solid and a fluid (usually a gas). In these reactors, the gas current is passed through the solid particles at a speed sufficient to suspend them. With the rapid movement of the particles, a high degree of temperature uniformity is obtained, avoiding the formation of hot zones.

Fixed bed reactors consist of one or more tubes packed with catalyst particles, operating in a vertical position. Catalytic particles can vary in size and shape: granular, cylindrical, spherical, etc. In some cases, especially with metal catalysts such as platinum, metal particles are not used, but rather it is in the form of wire mesh. The bed is made up of a set of layers of this material. These catalytic meshes are used in commercial processes such as for the oxidation of ammonia and for the oxidation of acetaldehyde to acetic acid.

In these reactors the solid catalyst is present as in the fixed bed. The reactants are passed cocurrently or countercurrently through the bed.

A fluid phase passes upward through a bed made up of solids. The solid is fed into the top of the bed, moves down the column and is removed from the bottom.

They allow a gaseous reactant to be bubbled through a liquid with which it can react, because the liquid contains a dissolved, non-volatile catalyst or other reactant. The product can be removed from the reactor in the gas stream.

They are similar to bubble reactors, but the liquid phase is made up of a suspension of liquids and fine particles of solid catalyst.

In this reactor, the properties do not change with time or with position, since we assume that we are working in a state of steady flow and the reaction mixture is completely uniform. The mixing time has to be very short compared to the residence time in the reactor. In practice, it can be carried out as long as the fluid mixture is not very viscous and is well stirred.

They are those that combine reaction and separation in a single unit; the membrane selectively removes one (or more) of the reacting species or products. These reactors have been commonly used for applications where reaction yields are equilibrium limited. They have also been proposed and used for other applications; to increase the yield and selectivity of enzymatic and catalytic reactions by influencing through the membrane the concentration of one (or more) intermediate species, selectively removing them (or helping to keep them at a low concentration), avoiding the possibility that said compounds poison or deactivate the catalyst and to provide a controlled interface between two or more reactants.

These types of reactors use fungi, which form a culture, which in turn transforms into a thick soup containing stringy growths. An example is found in the manufacture of antibiotics such as penicillin.

This type of reactor assumes the existence of a continuous flow of gas and another of liquid downwards over a fixed bed of catalytic solid particles, the characteristics of the solid particles and their packing, together with the flow rates and properties of the two streams of Fluids will determine the flow regime of the reactor and also its fluid-dynamic properties.