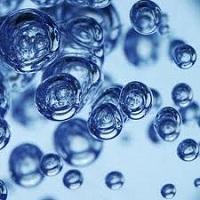 It is quite difficult to find clear definitions of standards for distilled, demineralized and deionized water. Probably the easiest way to get to grips with the topic of (ultra) pure water production is to start with the oldest and best known method: distillation.

Distilled water is water that has been boiled in a device called a “still”, and then re-condensed in a chiller unit (“condenser”) to return the water to a liquid state. Distillation is used to purify water. Dissolved contaminants such as salts remain in the tank where the water boils while the water vapor rises out. It may not work if the contaminants are volatile so they will also boil and recondense, such as if you have some dissolved alcohol.

Some stills can selectively condense (by liquefaction) the water and not other volatiles, but most distillation processes allow the entrainment of at least some of the volatiles, a very small part of the non-volatile material that was entrained into the still. flow of water vapor when bubbles burst on the surface of boiling water. The highest purity achieved with these stills is normally 1.0 MWcm; and since there is nothing to prevent carbon dioxide (CO2) from dissolving in the distillate the pH is generally 4.5-5.0. Additionally, care must be taken not to re-contaminate the water after it has been distilled.

Deionization: A process that uses specially manufactured ion exchange resins that remove ionized salts from the water. Theoretically it can remove 100% of the salts. Deionization does not normally remove organic compounds, viruses or bacteria except through “accidental” entrapment in the resin and specially manufactured strong base anion resins which kill gram negative bacteria. [4] Another method used to remove ions from water is electrodeionization.

Demineralization: Any process used to remove minerals from water, however the term is normally restricted to ion exchange processes. [1]

Ultra pure water: highly treated water with high resistivity and without organic compounds; Typically used in the semiconductor and pharmaceutical industries. [4]
Deionization involves the removal of dissolved electrically charged (ionized) substances by attaching them to positively or negatively charged sites on a resin as water passes through a column filled with this resin. This process is called ion exchange and can be used in different ways to produce deionized water of different qualities.

These systems consist of two vessels – one containing a cation exchange resin in the form of protons (H+) and the other containing an anion resin in the form of hydroxyls (OH-) (see drawing below). The water flows through the cation column, whereupon all the cations are replaced by protons. The decationized water then flows through the anion column. This time, all the negatively charged cations are exchanged for hydroxyl ions, which combine with the protons to form water (H2O). [2]

These systems remove all ions, including silica. In most cases it is advisable to reduce the flow of ions passing through the ion exchanger by installing a CO2 removal unit between the ion exchange vessels. This reduces the CO2 content to a few mg/l and causes a subsequent reduction in strong base anion resin volume and reagent regeneration requirements.

In general, the strong acidic cation and strong basic anion resin system is the simplest method, and it provides deionized water that can be used in a wide variety of applications.

In mixed-bed deionizers, the cation-exchange and anion-exchange resins are intimately mixed and contained in a single pressure vessel. The two resins are mixed by agitation with compressed air, so that the entire bed can be considered as an infinite number of anion and cation exchangers in series. [2,3]

To carry out regeneration, the two resins are hydraulically separated during the loss phase. Since the anion resin is lighter than the cation resin, it rises to the top, while the cation resin falls to the bottom. After the separation process, regeneration is carried out with caustic soda and strong acid. Any excess regenerator is removed by washing each bed separately.

The advantages of mixed bed systems are as follows:

- the water obtained is of very high purity and its quality remains constant throughout the cycle,
- the pH is almost neutral,
- water rinsing requirements are very low.

The disadvantages of mixed bed systems are a lower exchange capacity and a more complicated operation procedure due to the separation and mixing steps that have to be carried out.

In addition to ion exchange systems, deionized water can be produced in reverse osmosis plants. Reverse osmosis is the most perfect filtration known. This process will allow the removal of particles as small as ions from a solution. Reverse osmosis is used to purify water and remove salts and other impurities to improve the color, taste, or other properties of the fluid. Reverse osmosis is capable of rejecting bacteria, salts, sugars, proteins, particles, dyes, and other constituents that have a molecular weight of more than 150-250 Daltons.

Reverse osmosis meets most water standards with a single pass system and the highest standards with a double pass system. This process achieves rejections of up to more than 99.9% of viruses, bacteria and pyrogens. The driving force of the reverse osmosis purification process is a pressure in the range of 3.4 to 69 bar. It is much more energy efficient than phase change (distillation) processes and more efficient than the harsh chemicals required for regeneration by ion exchange processes. The separation of ions with reverse osmosis is assisted by charged particles. This means that dissolved ions that carry a charge, such as salts, are more likely to be rejected by the membrane than those that are not charged, such as organic compounds. The larger the charge and the larger the particle, the more likely it is to be rejected.

Only recently has it been possible to produce distilled water with a pH value of about 7, but due to the presence of carbon dioxide it will reach a slightly acidic pH value within a couple of hours.