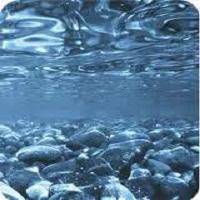 Flocculation is a chemical process by which, with the addition of substances called flocculants, the colloidal substances present in the water bind together, thus facilitating its decantation and subsequent filtering.[citation]It is a step in the purification process of surface water and the treatment of domestic, industrial and mining wastewater.

The compounds that may be present in the water can be:

Coagulation is the destabilization of colloidal particles caused by the addition of a chemical reagent called a coagulant which, by neutralizing their electrostatic charges, makes the particles tend to join together;
Flocculation is the agglomeration of destabilized particles into microflocs and then into larger flocs that tend to settle at the bottom of containers built for this purpose, called settlers.
The factors that can promote coagulation-flocculation are the speed gradient, time and pH. The time and velocity gradient are important in increasing the probability of particles sticking together and giving more time for particles to sink, under the effect of gravity, and thus accumulate on the bottom. On the other hand, pH is a prominent factor in the destabilizing action of coagulating and flocculant substances.

The flocculant solution most adapted to the nature of the suspended matter in order to obtain clean settled water and the formation of thick sludge is determined by tests, either in the laboratory or in the field.

In mining, the flocculants used are high molecular weight synthetic polymers, whose molecules are long-chain and have a great affinity for solid surfaces. These macromolecules adsorb to the particles and thus cause flocculation by forming interparticle bridges.

Ionic flocculation is the process through which dissolved molecules in a fluid are modified, through the action of so-called ionic flocculators. These are the material elements made up of stainless steel, silver or copper tubes, which are connected at their end to poles of direct current, positive or negative, that generate ionic activity. Ionic flocculators immersed in the fluid produce a low intensity field of constant ionic activity, which increases the energy of the binding electrons; then, the atoms that make up the molecules diluted in the medium undergo a change in their structure that takes them to their most elemental form, confirming the electrolytic theory of dissociation.