The history of chemistry is very broad, it covers prehistory, antiquity, the middle ages, the Moderna, the contemporary age and the present day. Highly linked to the development of humanity, knowing nature. This whole history of chemistry was developed in improvised places, which are now called laboratories.

The first human activities began and ended with the first manuscripts. They are divided into the stone age, the bronze age, the iron age. Which are currently called Paleolithic, the human being used the carved stone, he was a hunter and gatherer. In the Neolithic, the human being used the polished stone, he was a shepherd and a farmer. Ceramics, metallurgy, wheel, agriculture arose.

Humans met their basic needs by eating raw meat and wild plants. I use the stones to make tools for cutting, defense and as housing the caverns. He discovered fire and used it to cook food, he made molds of different materials (clay, tin and its alloy). Discover iron, build better weapons of war (steel and its alloy).

Great civilizations develop due to knowledge about materials. Techniques for making glass, varnishes, perfumes, soaps, balsams, wines, cosmetics, medicines, dye for clothes were known. Explanations arose about the nature of matter. The philosopher Aristotle (322-384 BC), considered that matter was made up of four, earth, water, air and fire.

I also consider the qualities, hot cold wet and dry. Thales of Miletus (560-640 BC) said that water was the basic substance. Heraclitus (473-533 BC) considered matter to be a constant flow. Leucitus - Democritus (IV and V century BC). They talk about the division of matter until it reaches an eternal and indivisible particle (atom).

This idea allowed the emergence of the different atomic theories. The current idea of the atom at the present time is very different from that of Democritus.

Here alchemy had its heyday, in the first century BC. With the idea of material and spiritual perfection, gold was the perfect metal, it was believed in the existence of the philosopher's stone. Among the best-known alchemists are: Zosimus of Panopolis (300 AD). Hermes Trimegistus known as the the three times great. The Arab Gerber, classified substances into spirits (volatile).

Metallic bodies (metals) and non-volatile solid bodies. They had their own laboratories, secret recipes, handled codes, symbols known only to them. They knew the dissolutions, distillation, calcination, sublimation, the water bath, the still, the royal water, they used the balance. In the XVII century, George Stahl proposed the phlogiston theory.

In the sixteenth century the printing press was invented. Great contributions were made to experimental chemistry, Juan Van Helmon (1577 – 1644) made precise measurements in plants. Robert Boyle (1627- 1691), is credited with the qualitative method. Priestley Joseph (1733-1804), studying many gases, discovered oxygen.

Lavoisier Atoiner, (1743-1749), contributed the rigor of the quantitative method, proposed the law of conservation of matter, is considered the father of Moderna chemistry.

Chemistry in the nineteenth century

Also in 1828 Jon Berzeliuz, the method of notation of formulas with the table of atomic weights was approved. He discovered lithium, silicon, thorium, cerium, vanadium, chromium, radicals, the term catalysis, polymer, isomer, allotropic. He was called the father of chemistry. In 1808, Gay-Lussac proposed the gas law.

By 1811, Amadeo Avogadro, proposed that a gas under equal conditions of pressure, temperature, volume, had the same number of atoms.

Organic syntheses in the twentieth century

In 1827, Proust classified the biomolecular, carbohydrates, proteins and lipids. Friederich Woler, in 1828 synthesized the urea. By 1825 he discovered the isomers. In 1855 Benjamin Síliman Jr started the method of cracking oil. Augusto kekulé, presents the formula of acetic acid. Willian Thonson (1848), establishes concept of absolute zero.

Louis Pasteur (1849), discovered the racemic mixtures. Now in 1857, Kekulé presented the theory of the structure of organic compounds. Mendeleyer (1865), I present the periodic table. Jacobus vanHoff (1873), develops the model on the chirality of an organic compound. In 1883, Arrhenius developed the ionic theory.

End of the Xix century

In 1884, Fisher proposed the structure of purine, the basis of biomolecular. In 1897 Joseph Thomson discovered the electron through the structure of the atom. Robert Millikan (1907), accurately measures the charge of the electron with his oil drop experiment. Ernes Rutherfor (1918), discovers the proton.

By the 1920s, he proposed the existence of particles in the nucleus similar to the proton. In 1916, Lewis explained the theory of chemical bonding.

Biochemistry and the molecular biology

In 1951 Pauling-Carey discovered the helical structure of proteins. Adding to the above we have that Miller-Urey, 1953, put forward the theory about amino acids from inorganic molecules – the hypothesis of the origin of life.

In summary of the present

In the twentieth century, the history of chemistry had a booming development, the specialty increased, united with various areas of knowledge, physics, medicine, engineering, biotechnology. The knowledge of chemistry is part of the integral education of the citizen. Society handles a lot of scientific and technological information, necessary to know about materials and products of daily consumption.

Chemistry is useful in the food industry, medicine, cosmetics, dresses. Experimental science, chemistry is an experimental science that has the object of studying matter, its structure, its properties, the laws governing changes. They use rigorous methods to solve problems, conduct controlled experiments, study phenomena. It is widely used in scientific research in the area of chemistry.

It has two fields of development. Basic research and applied research.

The history of chemistry is interesting because you know details that you did not know about an aspect of life that we go unnoticed. 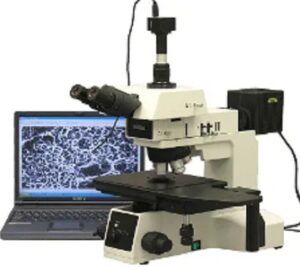 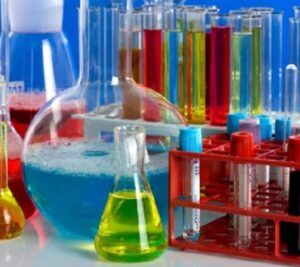 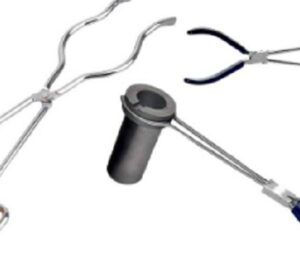