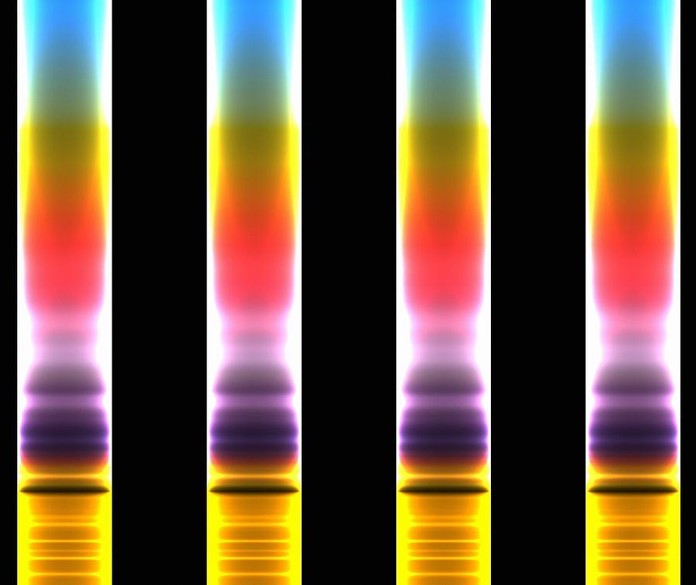 Scientists love to destroy everything. They do this all the time, analyzing data, natural phenomena, others and their own theories. Actually, the word "analysis" in Greek means decomposition, parsing into parts. So it is not surprising that often before studying an object, scientists first disassemble it into its components.

One of the most convenient ways of separating complex mixtures in modern science is chromatography (Medium pressure liquid chromatographs | Diaem (dia-m.ru)). This method is already more than a century old, it is believed that it was first used at the very beginning of the last century, in 1900. Then a Russian botanist named Tsvet used it to separate the substances that give green to plants. It is thanks to this very first known application that the method got its name, which means “color painting” in Russian. Then, for the first time, chlorophyll was obtained in its pure form - a substance thanks to which life on our planet is exactly the way we see it.

The essence of the method

Perhaps, if democracy existed in the world of molecules, then it would be chromatography that would reflect it in the best way. Chromatography is the separation of substances according to the strength of their binding.

Another metaphor for this method can be a sports discipline from the Soviet school past - running in a zigzag maze.

But let us return from comparisons and metaphors to the physical essence of the method. Despite the fact that there are quite a few varieties of chromatography today, the essence of all of them is the same. Two auxiliary substances move relative to each other. One, it is called a solvent or eluent, carries the test mixture. Second, most often it is called a stationary phase or, when it comes to the use of columns, a sorbent (Columns, pre-columns and sorbents for liquid chromatography | Diaem (dia-m.ru)), somehow interacts with the components of this mixture. Moreover, with each component of the mixture, the sorbent reacts with different strengths. The more interactions, and the stronger they are, the more an individual component will slow down. Conversely, the fewer such interactions, the faster the substance moves. The difference in velocities turns out to be sufficient for the substances that made up the initial mixture to be completely separated and become suitable either for isolation in pure form or for recognition. The definition of a substance can be based on how far the substance will move in the solid phase in a certain time. Well, or after what time the column will pass through. If this parameter is not very indicative, for example, due to the lack of standards for comparison, then at the exit from the column, the detector can determine not only the fact of the release of a substance, but also any of its physical constants, by which it will be identified. There are several ways to purify a substance. It can be collected at the outlet of the column. They can simply be cut out together with a piece of the solid phase after separation. Or, if it is the slowest in the mixture under study, after the remaining components of the mixture leave the column, the column is washed with another solvent, which significantly accelerates the movement of the desired substance.

Some use gels. Under the influence of an electric current, large charged molecules squeeze through the viscous structure of the gel. And the speed of their movement depends immediately on two parameters - the charge of the molecule, due to which the electric current acts on them more strongly, and the size, with the increase of which it becomes more and more difficult for the molecule to squeeze through the gel. Today, this is how most often in laboratories where there is no need for large volumes of the output product, proteins and nucleic acids are separated (Low pressure liquid chromatographs | Diaem (dia-m.ru)).

Other methods may use different rates of dissolution of a solid, or differences in affinity for different solvents, or the strength of the binding of molecules to antibodies. But most often chromatography occurs either due to the adsorption of substances by the stationary phase, because due to the interaction of charged substances with an ion-exchange resin.

In crowded but not mad

Adsorption is the interaction of molecules, which is mainly of a physical nature. Most often, adsorption occurs due to van der Waals forces. That is, relatively speaking, adsorption chromatography works due to the fact that the molecules of the substance to be separated physically cling to the particles of the sorbent. To make this process more efficient, columns for this type of chromatography are made very long, thin, and the sorbent is packed into them very tightly. However, here sometimes they do without a sorbent. Capillary columns actually act as a sorbent themselves simply due to their structure

In the case of liquid chromatography, everything is quite simple. The test substances are dissolved in the liquid, and it is this liquid that is then passed through the column. High-performance liquid chromatography becomes if the movement of the liquid is carried out at a pressure of fifty to four hundred bar.

When it comes to gas chromatography, the test substance is carried by argon or some other, usually inert, gas. In order for this to be possible, the substance under study must either be a gas itself or be able to evaporate easily. There are other requirements for substances studied in gas chromatography, such as maximum size and thermal stability. 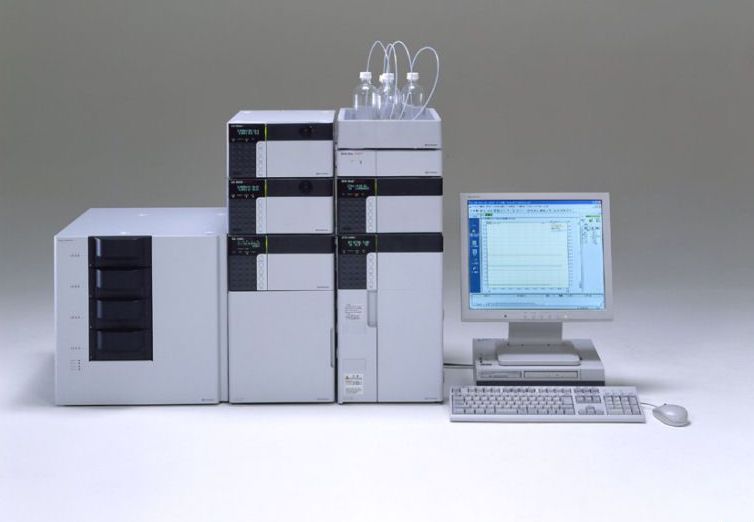 Although this type can be scaled up to large production volumes, ion-exchange chromatography (Ion-exchange resins | Diaem (dia-m.ru)) can be technologically much simpler than adsorption. The researcher can independently fill the column with a sorbent, and in general, the whole process can take place literally “on the knee”. And at the same time, this method is very effective for separating charged molecules. In fact, an ionic bond is established between the sorbent and the object under study.

In this case, the eluent already interacts not only with what is dissolved in it, but also with the solid phase, although much weaker than the analyzed substance. Due to this, a much larger volume of solvent does not allow the substance to be fixed in any one section of the column and constantly flushes it out, forcing it to move on.

This is how chromatography is different. And after more than a century since its inception, it has not yet reached the final of its development. Looking at the trends of modern technology, we can assume that we are ahead of chromatography on designer materials with a nanostructure, the use of microchips with fixed antibodies that allow us to analyze separated substances already in the process of separation, and, probably, an expansion of the range of commercial chromatographic systems that will allow us to quickly and reliably detect certain substances in a variety of objects. And this is where we end the story about the multifaceted method of “color painting”.