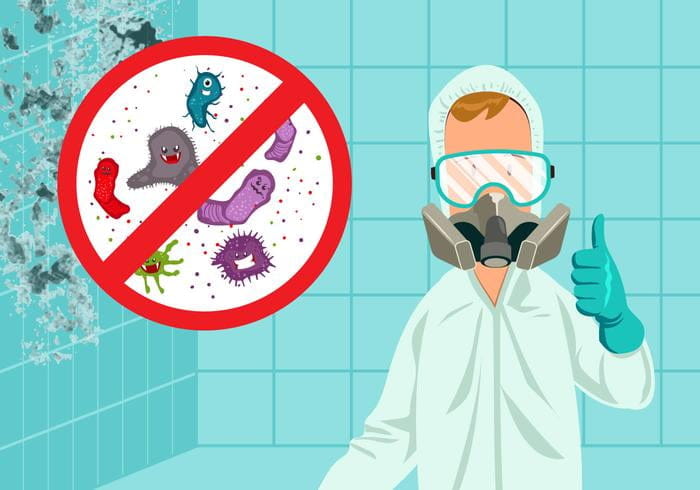 The modern science of life has a dual attitude towards the object of its study. On the one hand, those organisms that scientists study, they surround with care. Increasingly new microbiological media satisfy the ever more delicate demands of ever more exotic cell cultures. Thermostats and bioreactors can compete in complexity with the most high-tech devices. And the protocols for working with cell lines are more strict than the rules in a modern hospital.

On the other hand, all unwanted life, not the one that the researcher purposefully took into work, is mercilessly exterminated. Given that our environment is downright teeming with life, this is a very difficult task. In a cubic meter of air there can be up to two million microorganisms, in natural water the same amount can already be in one milliliter. Of course, these are indicators for the most polluted places, but even in much purer samples, the natural content of bacteria, fungi, including spores, and protozoa does not fall below one or two thousand. In fact, we constantly live in a saturated soup with life.

At the same time, most manipulations in medicine, biology, and, often, in other sciences, require, if not sterility, then at least the cleanliness of working surfaces and materials. The only microorganism that has entered the nutrient medium can produce a “sprout”. That is, to multiply and produce abundant offspring, which will destroy the cells needed by the researcher, distort the results of the analysis, and generally make senseless all the long and painstaking work already done. Once in a reagent of a protein or carbohydrate nature, a microorganism can simply eat it. Considering the cost of many of these substances, such an incident would be a disaster. Waste products of organisms in laboratory glassware can significantly distort the results of the analysis. One of the biggest problems with polymerase chain reaction, or PCR testing, is the contamination of the working box. After all, for this analysis, traces of genetic material are enough to give a positive result. So during a seasonal flu epidemic, a single sneeze in a clean part of the PCR room can cause thousands of errors. And of course, we should not forget about the most common infection. Wherever we are talking about medical work with living organisms, there is a possibility that animals will fall ill, the traces of surgical operations will become inflamed, and in the worst case, sepsis will begin in experimental animals.

In general, laboratory work requires sterility. But how to achieve it? There are two main directions. Do not let microorganisms go where they are not yet, or destroy those that are already there. Let's consider them in turn. 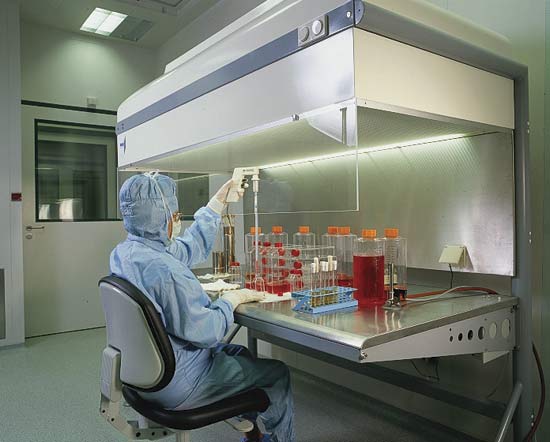 Entry by pass only

The easiest way to obtain sterile liquid or air is to pass it through a filter. This is how the sterility of most laminar cabinets and boxes is achieved, these are original workbenches for sterile work, and entire rooms in which the specified conditions are maintained.

It is worth saying that just in the case of boxes and laminars, the filters do not work quite the way they usually do. In most cases, the filter is one or more meshes superimposed on each other, with very small holes. When a stream of liquid or gas passes through them, such a filter passes all particles that are smaller than the size of their holes, and retains everything that is larger. Of course, this principle also works in gas filters. But for them, it is rather harmful, since large particles clog the filter. This means it will fail prematurely.

The so-called HEPA filters are used to purify the air. This is an abbreviation that stands for High Efficiency Particulate Arrestance, that is, highly effective particle retention. Such filters also look like sieves of very thin fibers intertwined in different directions, between which there are spaces of only a few microns. The main mechanism of operation of such filters is that the particles stick to the fibers, and do not get stuck between them. Therefore, their capacity can be huge.

Alas, this approach does not work for liquid filtration. The liquid molecules will behave in exactly the same way as those substances that need to be contained, and will instantly turn a high-tech product into a useless brick. Therefore, conventional filters with a cell diameter of up to several tens of nanometers are used to purify liquids. However, often they do not look quite as you might expect. Often these are thick ceramic plugs that require quite impressive pressure to apply.

However, if air filters cope with air purification from dirt, bacteria, and viruses, then in the case of liquids, everything is somewhat more complicated. Of course, the described filters will retain any microorganisms. But the products of their vital activity, or even viruses that stand on the border separating creatures from substances, they will not stop. In addition, filters are essentially consumables, often quite expensive to manufacture. Therefore, it is often much easier to simply destroy all organisms that can interfere with work. 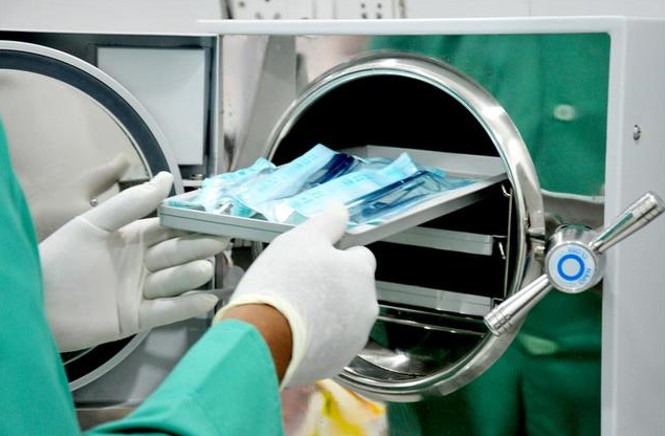 There are two large groups of ways to get rid of contamination - the so-called presence of microorganisms somewhere. The first large family of methods is the use of microbial-destroying chemicals. The essence of all these methods is the same: the chemical substance penetrates into the cell of the microorganism and disrupts its metabolic processes. Someone oxidizes all substances in a row, someone binds well-defined classes of substances. And, for example, alcohol causes the denaturation of all hydrophilic proteins. But soap, for example, in itself does not have sterilizing properties, it only helps to remove entrenched bacteria from the surface.

The second large group of methods is the destruction of microorganisms with the help of some physical influences. And there are basically two types of such influences. Either exposure to life-damaging radiation, from ultraviolet to radiation, or exposure to temperature.

Ultraviolet treatment is suitable when you need to disinfect a large volume of air at once. Regular quartzing keeps the air very clean. Moreover, this method protects against the vast majority of bacteria, viruses and protozoa. Even fungi, the most difficult of all microscopic brethren, withstand ultraviolet light only in the form of spores. Alas, this method has one very significant disadvantage. Any shadow creates a zone where microorganisms can wait out a dangerous period for themselves.

The second most common type of sterilization is the use of superheated steam under pressure. In a tightly closed autoclave, the steam builds up overpressure, causing the water to boil at a higher temperature. Long-term exposure to such conditions is detrimental to the vast majority of organisms that can be found in a scientific or medical institution.

This is how modern researchers, figuratively speaking, maintain the purity of scientific thought. That's all for today. Be careful not to let the germs floating around harm you.