Genetic analysis began to be used in prenatal diagnostics relatively recently, but has already entered the list of recommended tests for expectant mothers. It allows you to identify fetal pathologies in early pregnancy, and also gives the most complete picture of the process of fetal development. Thanks to screening, the doctor who manages the pregnancy knows what the risks are, as well as how the fetus is formed. However, many myths and "horror stories" still circulate around this test, which prevent a full-fledged study of a pregnant woman and can affect the future of both her and her child.

The main indications for genetic analysis during pregnancy are:

Since each of the genetic tests has its own advantages and disadvantages, the decision to conduct them always requires consultation with a doctor: both the obstetrician leading the pregnancy and the geneticist.

There are two general types of fetal genetic tests: invasive and non-invasive. The first type of manipulation requires direct contact of the screening equipment with the fetus or its surrounding tissues. Non-invasive methods include taking the mother's blood and then determining the biomarkers circulating in her, or other similar methods. They do not require access to the fetus, and therefore are considered more comfortable and safer. 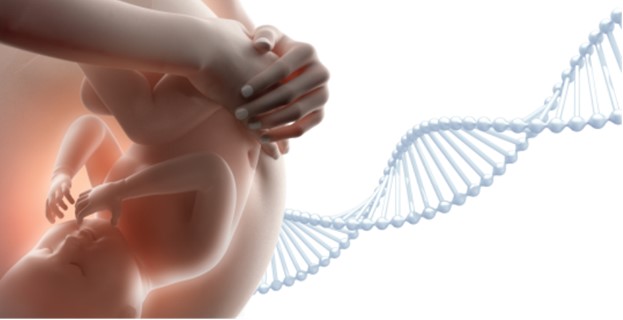 The main non-invasive tests used are the so-called "non-invasive prenatal test". Its essence lies in taking blood from the mother with the subsequent determination of biomarkers in it. In addition to zero trauma for both the woman and the child, its great advantage is the possibility of obtaining results at the earliest possible date, from 9 weeks. However, if problems are identified, doctors still recommend an additional invasive test, as they may not always be interchangeable. (We recommend the article: "Genetic analysis in agriculture")

The biggest drawback of this test is the relatively high number of false positives. This is due to the peculiarities of the diagnosis, namely, the inability to directly take fetal tissue for examination. As a result, third-party factors, such as a twin if the pregnancy is multiple, can affect the cells circulating in the blood.

The number of invasive tests available is much larger, makes them more difficult, and also requires careful consideration in choosing the gestational age for them.

For example, karyotyping of chorionic villi, which is one of the safest ways to determine a violation of the chromosome set, can only be performed up to 14-15 weeks, since then the villi become inaccessible.

The most famous of the invasive tests is amniocentesis, karyotyping of amniocytes. It can be done from the 15th week, and the process is quite traumatic. Its essence lies in the fact that the doctor needs to take amniotic fluid with a needle, which is subsequently analyzed. Amniocentesis is minimally traumatic for the child and allows you to additionally analyze the material for many other pathologies (for example, placental mosaicism). 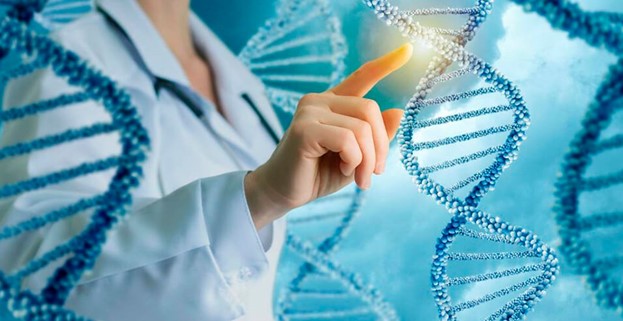 In addition to the procedures described, a cord blood test is also used. This is the most accurate method of karyotyping available, but it is traumatic not only for the mother, but also for the fetus. For this reason, it is carried out only in cases where the use of other methods was impossible, most often in the case of late registration of the mother or danger to the child.

Depending on the type of tests, the set of detected pathologies may be different:

At the moment, most methods of genetic diagnosis, including invasive ones, are as safe as possible for both the mother and the fetus. A lot still depends on the experience of the specialist conducting the procedure, as well as the general traumatic nature of the sampling of biomaterials. However, when using modern methods of anesthesia, as well as high-precision equipment, the risks for mother and child are minimized. (We recommend the article: "Design and production of biopharmaceuticals")

No matter how complicated the analysis procedure seems, if the doctor suspects severe genetic diseases, it is recommended to undergo it. It is very important to make an analysis for the correct diagnosis, as well as for determining the possible diseases of the child in the future.

Remember that genetic diseases can be dangerous and lead to very serious consequences for both the child and his parents. You should worry in advance about clarifying the presence or absence of problems and calmly go through all the examinations.