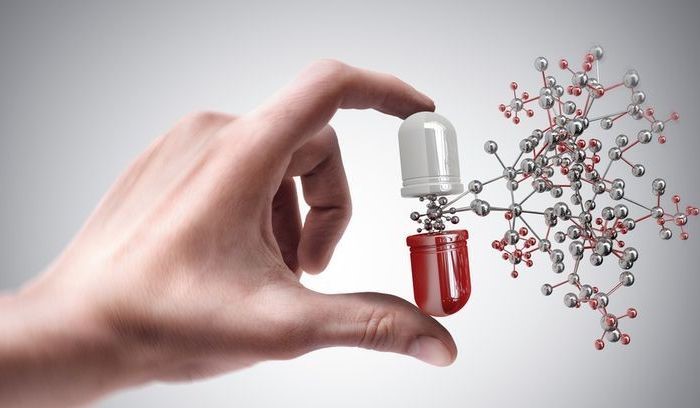 Throughout the history of civilization, people have been looking for ways to improve their failing health by ingesting some substance. Single random luck added up to the accumulated experience. Over time, drugs were used less and less randomly, but the emergence of new beneficial substances was still a matter of chance. Sometimes something similar happens now. An example of this is the current coronavirus pandemic. (We recommend the article: "Genetic analysis in oncodiagnostics")

The fact is that one of the longest and most laborious stages in the development of a new drug is clinical trials, and especially their third stage. It is needed to find out the long-term consequences of its action. Now, when conditions require finding drugs in a short time, one of the directions of the search is to find a substance effective against the pathogen among the drugs that have been used for a long time. Those that we already know about, how they manifest themselves in the long term. Therefore, today there are often reports that activity against coronavirus infection was found in some drug that is already in circulation.

However, today the blind enumeration of available drugs is still the exception rather than the rule.

Drug development today is a rational and purposeful process. It consists of several stages: 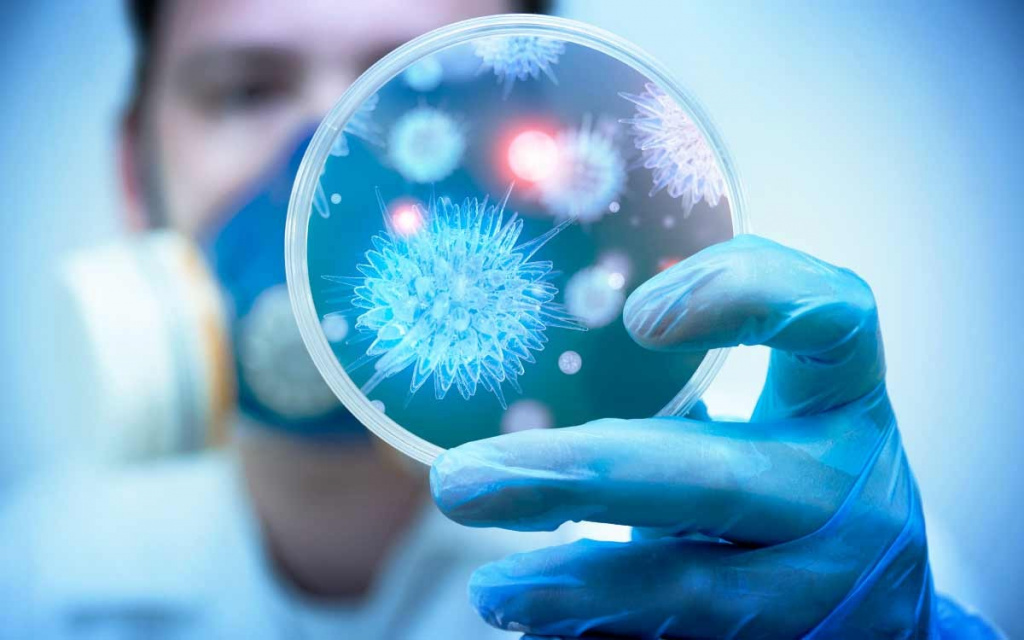 Identification of the disease

The decision about which disease to seek a cure for depends on many factors. Sometimes the question of the need for medical intervention arises only when the treatment paradigm changes. An example is attention deficit hyperactivity disorder. At the end of the last century, it became one of the favorite diagnoses in pediatric neurology. However, the drugs used to treat it often turned out to be ineffective or had a number of undesirable effects. And for several decades now, disputes have not subsided about whether this is a personality trait or a disease, if it is still a disease, then one or more, and whether it should be treated pharmacologically.

Ebola is another example. The disease is obviously existing, severe, with a high lethality. At the same time, a reliable treatment for it has not yet been found. But research groups developing vaccines and chemotherapeutics against this disease often face a lack of funding, which is why work is extremely slow.

Definition of a biochemical target

This is the most scientific part of the whole work. However, now, in the era of the development of molecular biology and structural chemistry, this stage has also turned into a streaming process.

The disease is usually due to the fact that one of the proteins in the cell, most often a cellular receptor or enzyme, has begun to malfunction. The identification of the molecule responsible for the disease is called the search for a biochemical target. It is on them that drugs will act, strengthening, weakening or changing the work of certain molecules. And even those influences that seem to act not chemically, be it massage, physiotherapy, cooling or warming agents, also have an effect, producing changes in cell biochemistry. So it is enough to find out what process the malaise is associated with, and how it is regulated.

Alas, at this stage there are many nuances. In the body, all reactions depend on each other, so that a violation in one place entails compensatory changes in others. Therefore, even if a single substance is indeed the culprit of a health problem, it is not always easy to understand where the cascade of changes begins.

In addition, pathology may be associated with a change in the activity of several molecules at once. In general, the search and verification of the molecular cause of the disease is a long and painstaking task. Most often, in order to find out where the cause of the disease lies, researchers successively turn off the work of various intracellular systems in specially modified laboratory animals in various ways and register the changes. 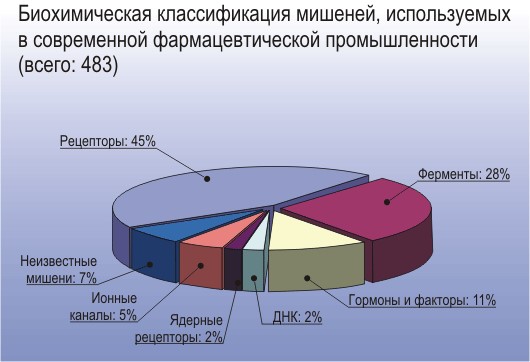 Finally, the target is found. Now you need to pick up a bullet that can hit this target. And here again there are several approaches. The drug can block the target, on the contrary, activate it, or maintain the standard activity. All this is determined in the process of preliminary computer simulation. The three-dimensional structure of the molecule to be affected is determined, after which its activity is modeled after interaction with various substances. Then begins the experiment of laboratory selection of promising drugs.

Search for the active substance

Today, this stage is almost completely automated. A test system is made from the target. This is a tablet with a huge number of cells, each of which contains either a specially modified living cell, or the target itself, immobilized on a polymer substrate. Hundreds of robotic arms deposit droplets of potential drugs into these tablets, invisible to the eye. Which substances can be suitable at all is determined using extensive libraries of “chemical space” - this term refers to potential bonds that can form different configurations of atoms.

At this stage, it is not yet worth the goal to find a suitable medicine. Researchers are simply looking at what kind of compounds can have effects on the target substance. This is how millions of connections are checked, until their number is reduced to a few hundred.

Potential drug candidates are now being biochemically and physically measured. This is necessary to find out how the drug can enter the body, and whether it has an effect beyond what is needed. 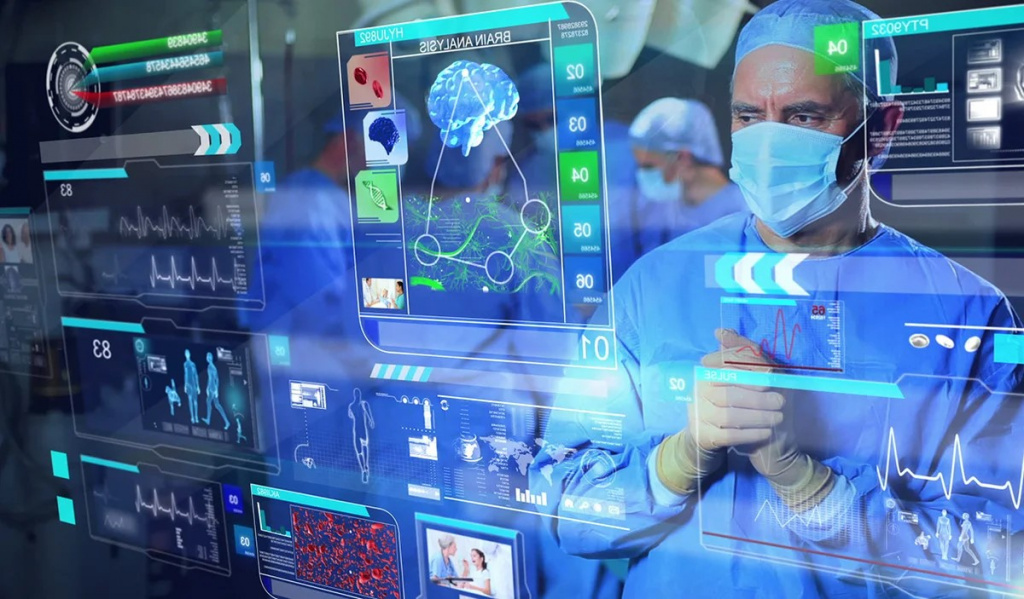 Some of these indicators can again be determined using computer forecasting. News that one or another analyzer of large databases, they are also called big data, has learned to identify some new property of simulated molecules, appears almost every week. At this stage, the vast majority of substances are eliminated. The remaining candidates, usually no more than a couple of dozen, move on to the next stage.

The purpose of this stage is to find out whether the selected drugs really have the desired effect on the target and in a living organism, and not just in a computer and artificial model, to ensure the safety of the selected substance, and to select the appropriate dosage form. This step may be the longest in the entire drug development process. Almost always, the test cycle takes years, and sometimes decades.

Initially, candidate substances are tested in several animal models. Alas, there are no animals in biochemistry that exactly corresponds to human nature, so several cycles of testing have to be carried out. A rough assessment of the properties of the drug is carried out on mass models. Usually these are mice, rats, guinea pigs and rabbits. Further, more specific models come into play. Ferrets are similar to us in immunity, monkeys in the organization of the nervous system, pigs in the system of metabolism of substances and skin reactions.

Then comes the time for human testing. This step is often the most stifling of the entire drug development process. The ethical component of the process requires particularly careful control by the inspection bodies. (We recommend the article: "Laboratory diagnostics of COVID-19")

Production of the drug

And now we finally got to the last stage. Here, too, there are several approaches. Whereas in the past, drugs almost always turned out to be low molecular weight compounds, recently proteins are increasingly used for treatment - enzymes, monoclonal antibodies, signal molecules for cellular and nuclear receptors. Their production is different from the synthesis of drugs of the past era.

When creating a standard low molecular weight drug, the most cost-effective way of its synthesis is selected. This includes the search for raw materials, methods for extracting the target substance and its modification. Or, if natural “semi-finished products” are not used in the production, then an installation is being developed for sequentially carrying out all the necessary reactions.

To create biopharmaceuticals, not chemical reactors are used, but living organisms modified in a special way. Most often bacteria or plants. With the help of a kind of molecular syringe - a vector, genes encoding the required drug are inserted into the genetic code of such living factories.

Well, then everything is simple. The organism or colony grows, accumulating the required drug in the cells, or releasing it into the environment. And then this substance is extracted, purified and converted into a drug. So far, such drugs are rarely seen in a pharmacy. They are found only in large or specialized treatment centers. However, protein drugs are confidently winning their place under the sun.

That's all for today, all the best to you. Let all your knowledge about drugs remain purely theoretical.